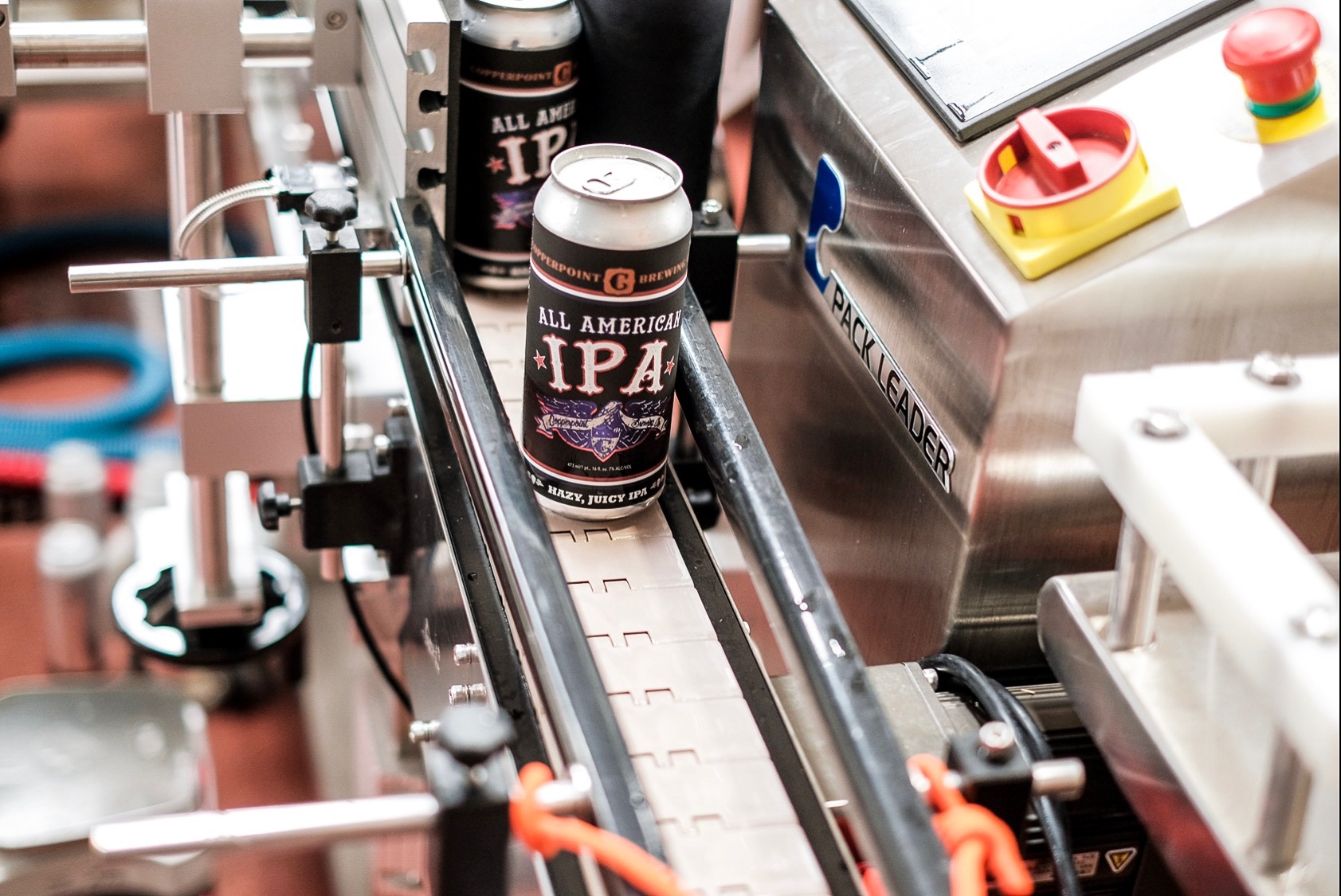 Our First Set Of Cans Are Now Available For Purchase

As of July 6th, you’ll now be able to find some of your favorite Copperpoint Brewing Company’s beer in can form. This means that all of your pool parties, boat days and shower powers are getting a swift and enjoyable kick in the pleasure center.

“It’s very exciting,” said Matt Cox, Copperpoint Brewing Company’s brewmaster. “It will allow beer from Copperpoint to go to many new places.” Of course, this includes your refrigerator.

Matt brews his “traditional beer styles with bold, intense flavors” and several seasonal beers that range from five percent to 12 percent. The first flavors to be canned include Copperpoint Lager in 12 oz. six-packs ($10) and A-10 Hop-hog Red IPA in 16 oz. four-packs ($13), which is a special batch of the A-10 with steam-distilled hop oil added. The All American IPA, which is a hazy, juicy IPA brewed with only American-grown ingredients, will also be available in 16 oz. four-packs ($18). 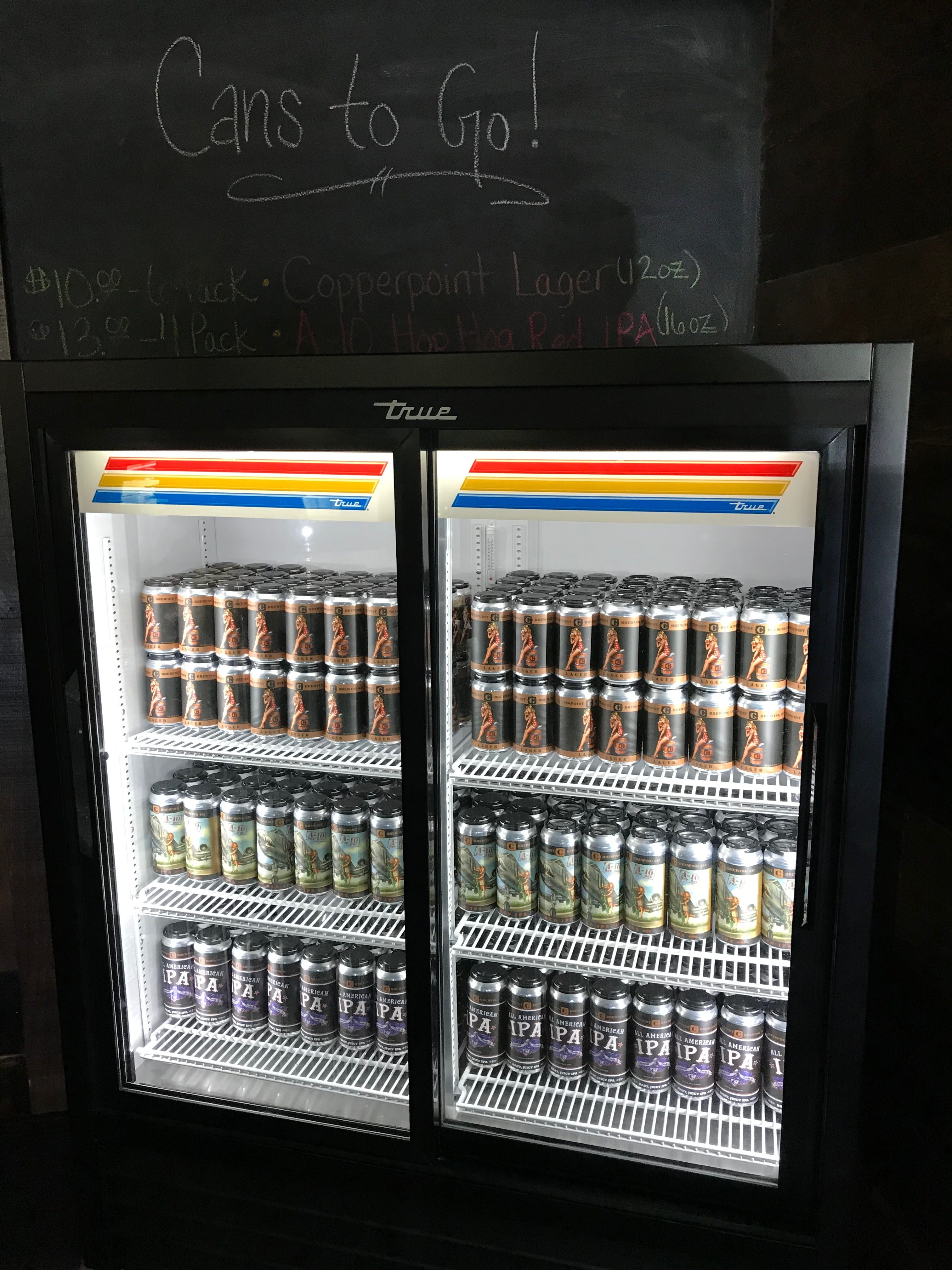 You can find these beauties in our taproom, available immediately. We are, however, looking for a full distribution rollout in the fall, so stay thirsty, my friends, and check out your local stores often.

Although this release has been a long time in the making, it’s finally time for us to give out the goods. “Putting beer into cans and bottles is a whole different set of challenges,” Matt said. “We wanted to make sure we could produce enough beer and also maintain our high quality of standards.”

It’s clear that it’s all about standards and perfecting the beer making process. For those who are not familiar, Matt started brewing in 1999 and took over brewing operations at Big Bear Brewing Company two years later. He has won more than 50 awards, including the prestigious Gold Medal at the Great American Beer Festival for his Belgian Dubbel. So, it’s safe to say that he knows what he’s doing and the quality of his canned gold is in good (double-fisting) hands. 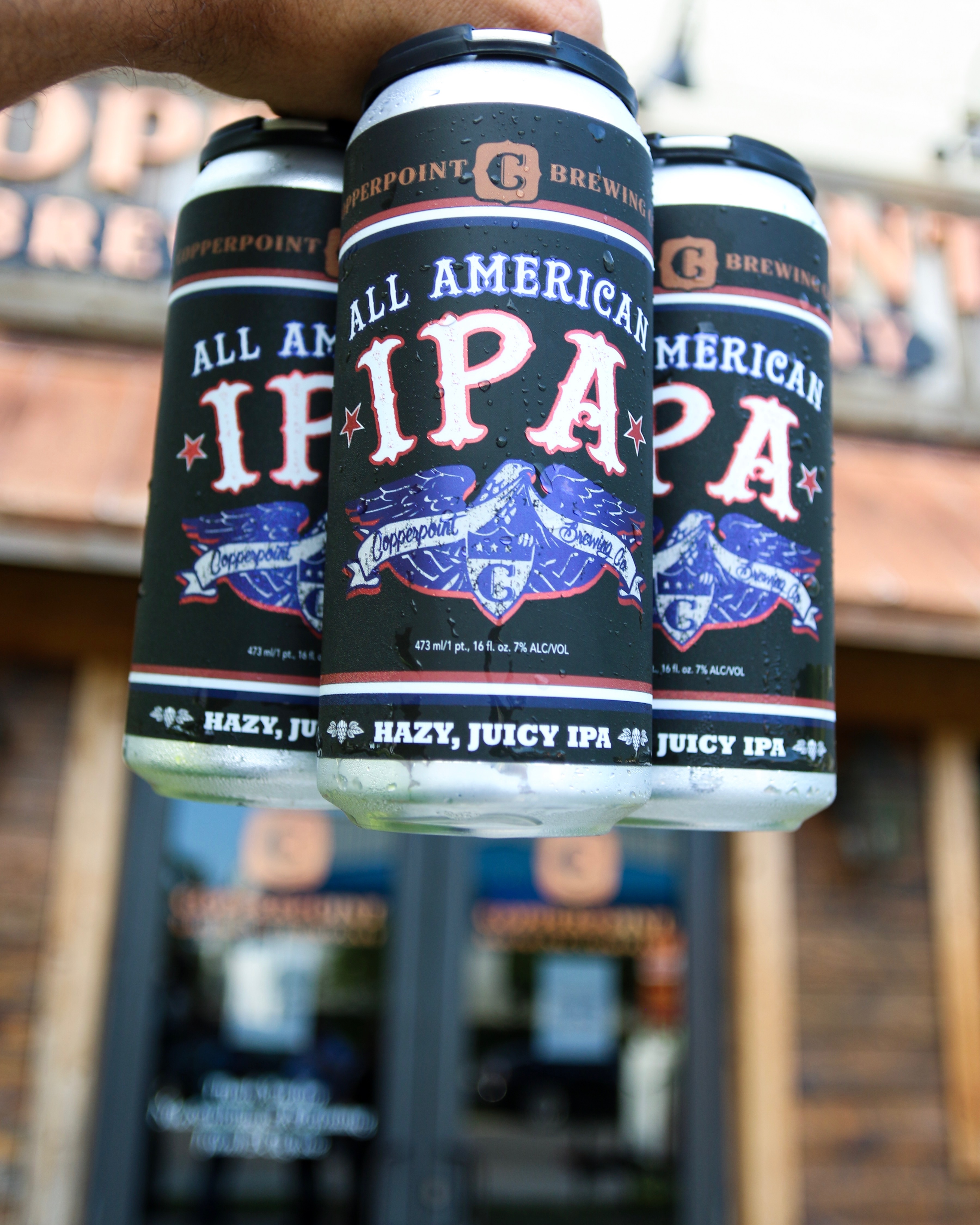 Even though you can grab the beer and go, take advantage of being at the brewery and stick around a while. Our air-conditioned tasting room is comfortable and roomy, so you can enjoy a beer with your No. 1 or group of besties without feeling cramped or rushed. They even offer happy hour Monday through Friday from 3 to 6 p.m. with $4 select beers, and it’s an open invitation to all parched partygoers.

Copperpoint Brewing Company is located at 151 Commerce Road in Boynton Beach. You can find out more information about their beer releases and special events by visiting www.copperpointbrewingcompany.com or calling (561) 508-7676.