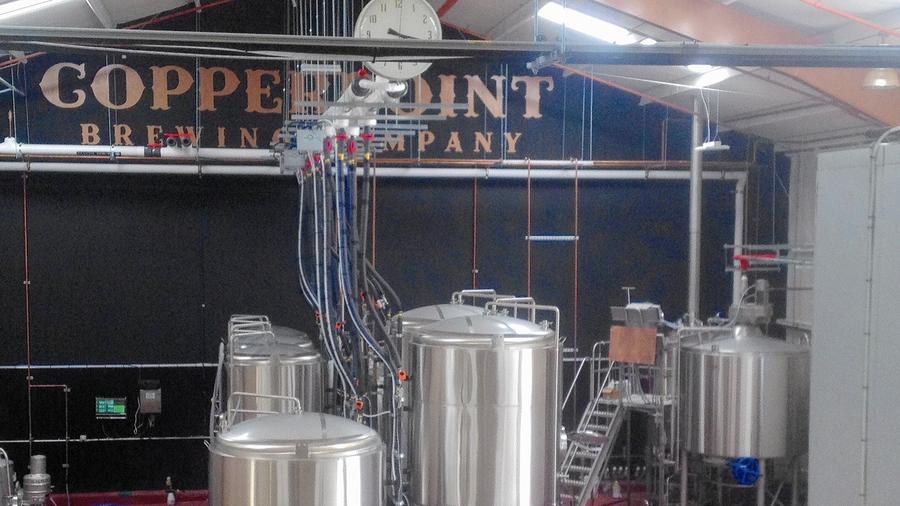 Posted at 21:45h in In the News by Coppertop

Written by:
Originally posted by The Sun Sentinel

Looking more like a rustic hangout in Colorado or a rugged neighborhood bar in New England, Copperpoint Brewing Company opened its doors and vats to a group of ever more discerning craft brew connoisseurs.

Following in the footsteps of its neighbor, Due South Brewing Company, which paved the way for craft breweries in South Florida, Copperpoint, which is owned by brewmaster Matthew Cox, renovated an old warehouse space off High Ridge Road into a modern tasting room.

“It’s fun to see the brewery operational,” said Cox, who worked 13 years at Big Bear Brewing Company in Coral Springs. “We installed a picture window over the bar so people could look out and see the beer being made. We want people to see what we do and what makes us different.”